During an afternoon off from working on a permaculture fruit farm on the mountainside of Samaipata, a tropicalesque town teetering on the Amazon basin, we visited the refuge zoo. The greeting, or bombardment, of intrigue and kindness we received from a howler monkey named Cheetah and a doe called Bambi, meant we knew that if we could, we would volunteer here. After a bit of investigating the place proved ethical, the animals happy and we were in. Cheetah and Bambi had done their job well. 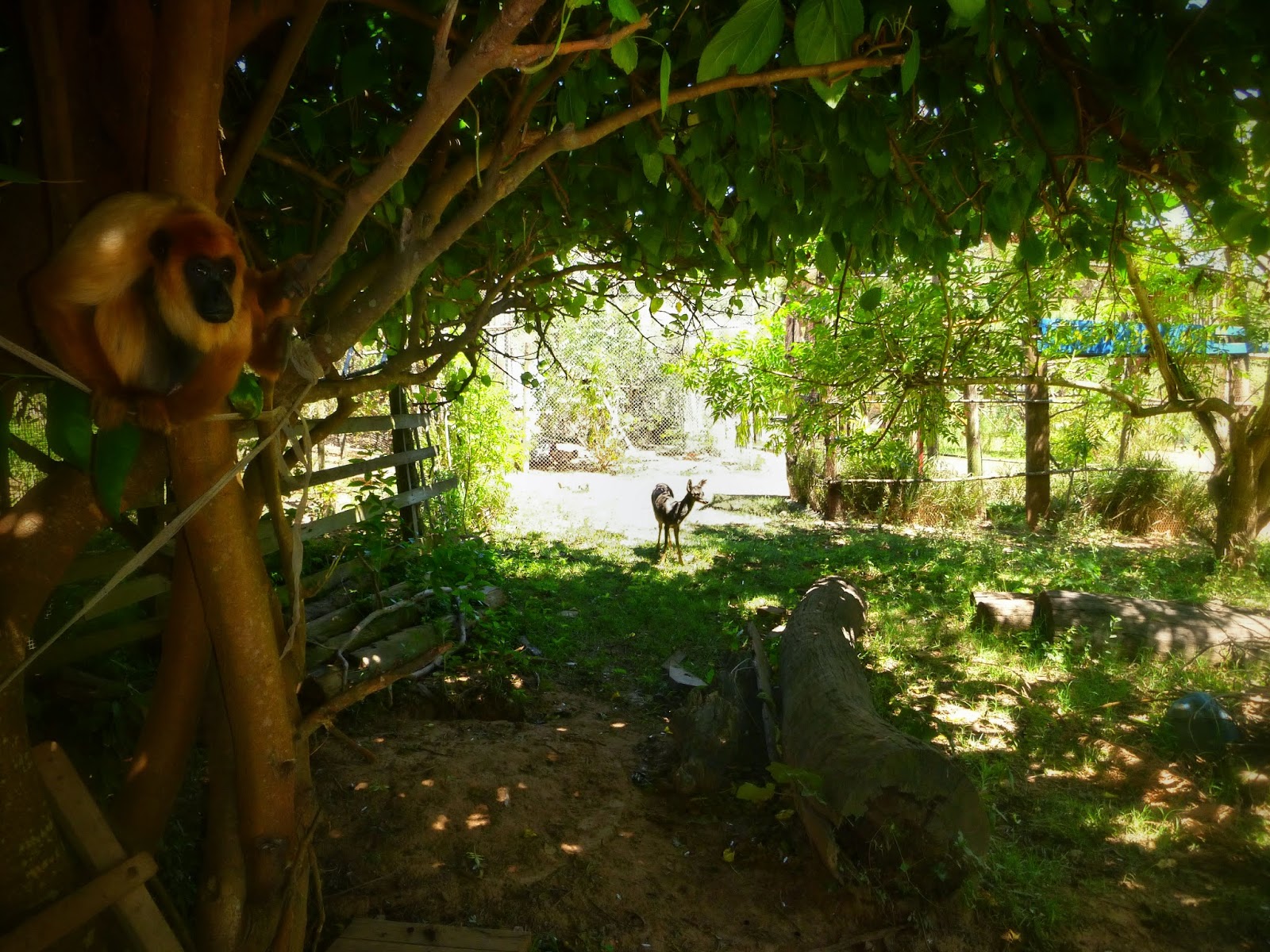 Over the next ten days the animals built their trust in us, their characters became more bold and their interaction with us increased to a level we’d never experienced before. They’d all been rescued from the illegal exotic pet trade, but they’d spent enough time in a relaxed caring environment to see us as, well, one of them. From such an obscure and often cruel start the refuge provides a way they can live their lives in relative peace. With more research and funding for wildlife reintroduction hopefully in the near future it will be possible to successfully return animals like them to their jungle homes. Against this struggle these wild creatures had adapted so valiantly and gracefully, it seems there’s something we can take from their stories.

Being at the refuge whilst reading Animal Farm gave way for an interesting perspective to develop. Unlike on Animal Farm though (or for the most part of the book at least) humans weren’t the enemy, there’s no bleating of “four legs good, two legs bad.” Instead they have allowed us, the species that stole their chance of a natural life, to be part of their magic. For the duration of our stay we were in fact accepted into their world of games, relaxation, territorial displays and testing behavior. These relationships spread across the animal kingdom: monkeys, dogs, kittens and pigs would often play and then snuggle down together to sleep for the night too. 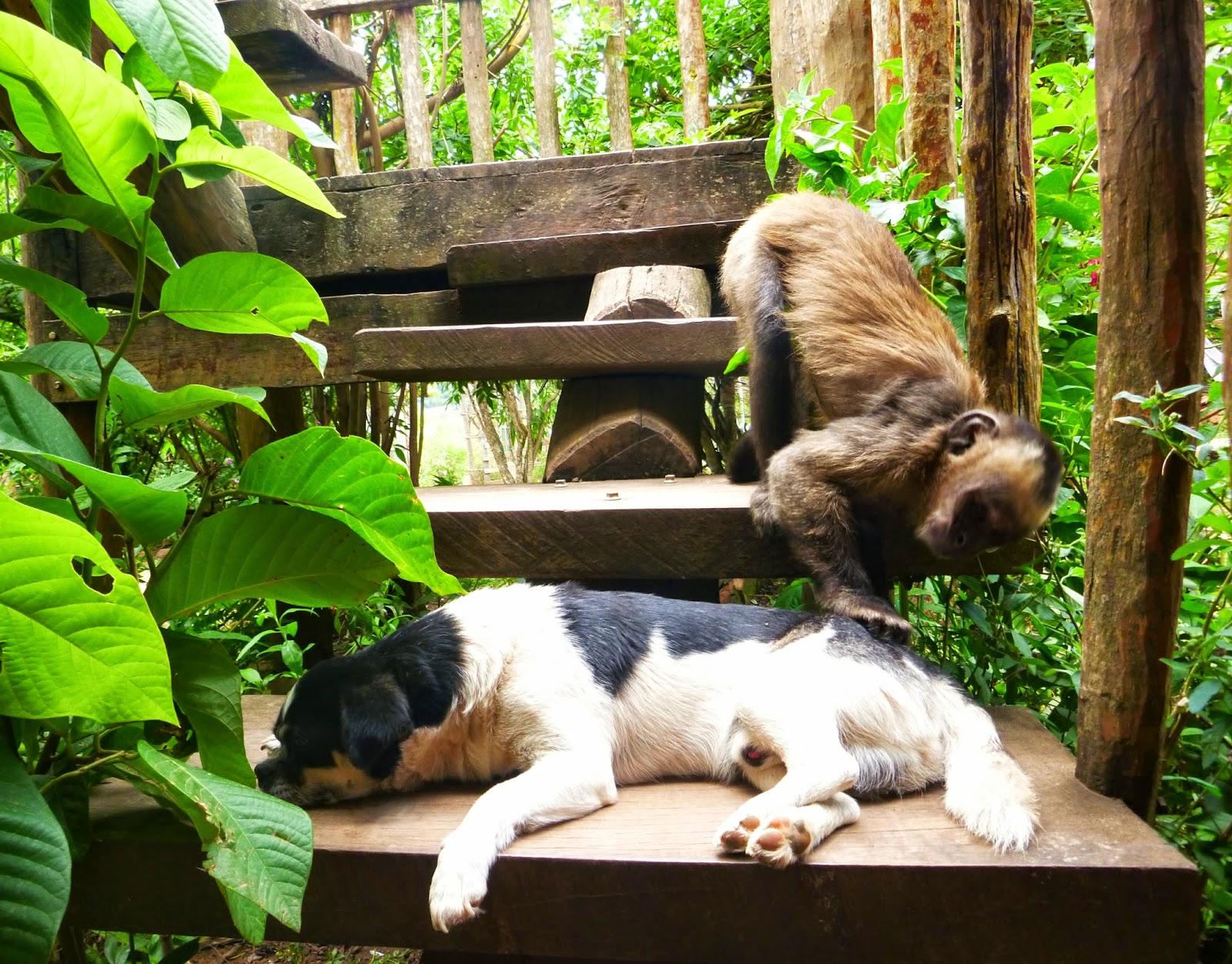 This co-existence of multiple species seems a powerful and reassuring message. Although, they most certainly were not perfect. We read in the volunteer notebook, “An escapee monkey entered a falsely open parrot cage, with a fatal end for the parrot.” But, their ability to forgive and create harmony as they have done with humans, is something to revere. The fact is though most wild animals, outside of the comfort of the refuge, have to be afraid of humans to survive.

Visitors to the refuge and especially us the volunteers took so much from the intimate encounters with the animals, it was uniquely alien that they weren’t petrified of our every move. TV documentaries like David Attenborough’s recent ‘Life Story’,  I believe are often produced from similar beginnings. The remarkable scenes of meerkat manors and primates socialising, those needing close engagement with humans (the crew), are opportunized from months or years of effort to gain the trust of the family, pack, pride and all the other clusters of wild beings.

I’m not suggesting encounters with wildlife should or could be like a scene from Animals of Farthing Wood, with humans as part of the clan. Yet, wouldn’t it be humbling to know that not all wild species in this world are so petrified by our erratic actions that they can approach us, or comfortably watch us walk by, or in essence ‘share the same space at the water hole’.  Zebra, wildebeast and elephants graze comfortably nearby one another, they have divided their friends from their foes. With those neither our prey nor our predators, it feels a natural privilege to grace the same space as them, even more so outside the confines of a zoo, which is something we seem to be missing out on. 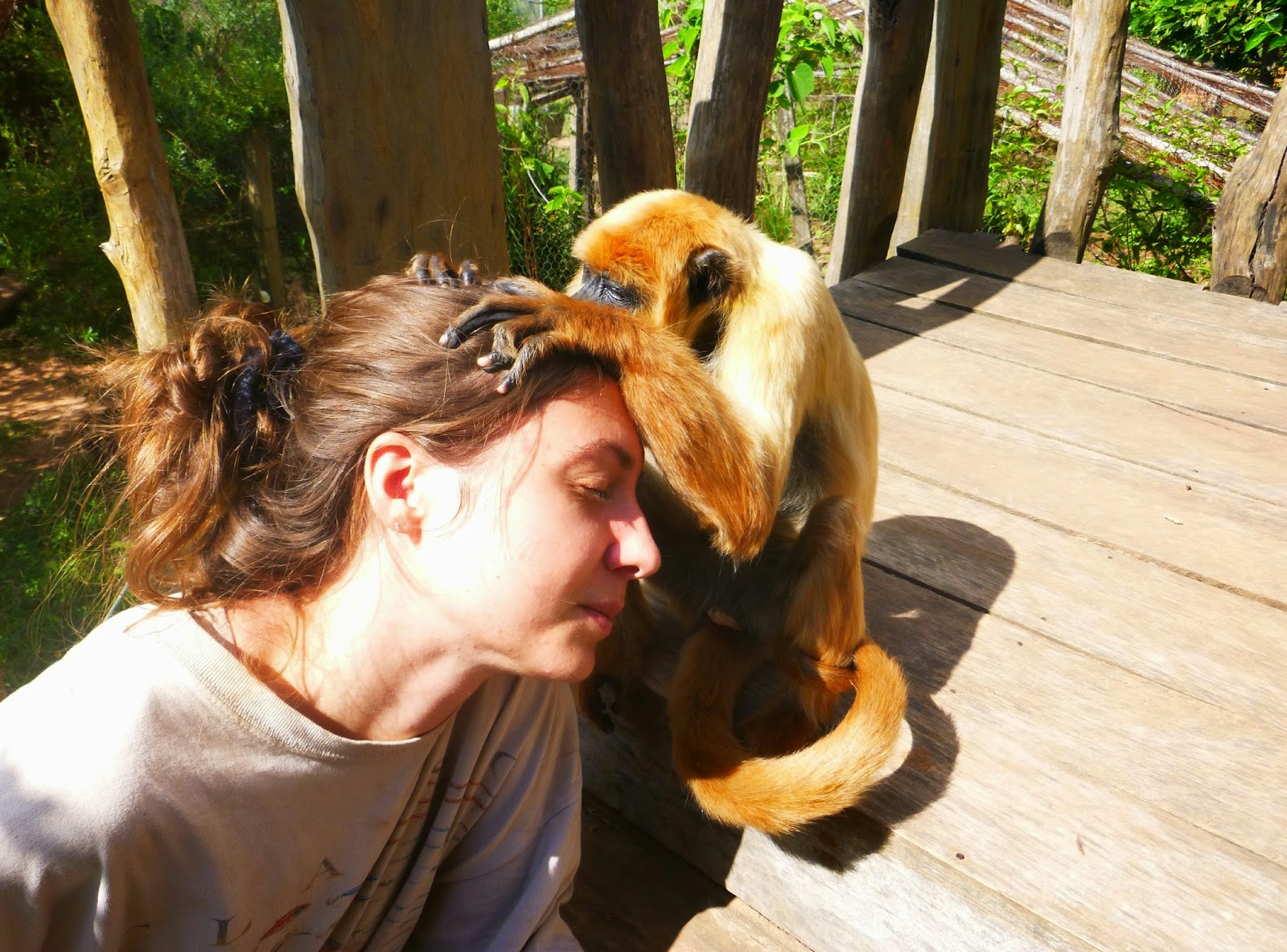 When our ancestors invaded new lands, such as Australia for example, the animals there didn’t see us as a threat. They didn’t run, they had no evolutionary defenses against us and they had no reason to fear us. Meaning, many large mammals (easy prey for our tribal selves) would have been brought to extinction with relative ease. And since with habitat destruction, animals used in circuses, those tortured during medicinal practice’s, excessive hunting and much more, they have now learnt to run and defend. So, as history shows until we prove them otherwise then we won’t gain their trust, and their clever not to give it.

And when the rescues keep coming you have to wonder why they do and look to the root of the problem. They have been rescued because we care about other species, but they have also become a rescue because of our actions towards them. From ocelots injured in traps set out by threatened chicken farmers to pumas given up as pets, their fate stems from the same origins. It seems there’s one definitive place to start, with people. To reconnect people with nature is not only giving species and life a chance to be recognized and seen but is also an opportunity to change the lives of people too. Animal therapy exists widely and many of the surviving Amazonian tribes here practice similar beliefs, they say living amongst and understanding the wilderness we are part of is central to our happiness. 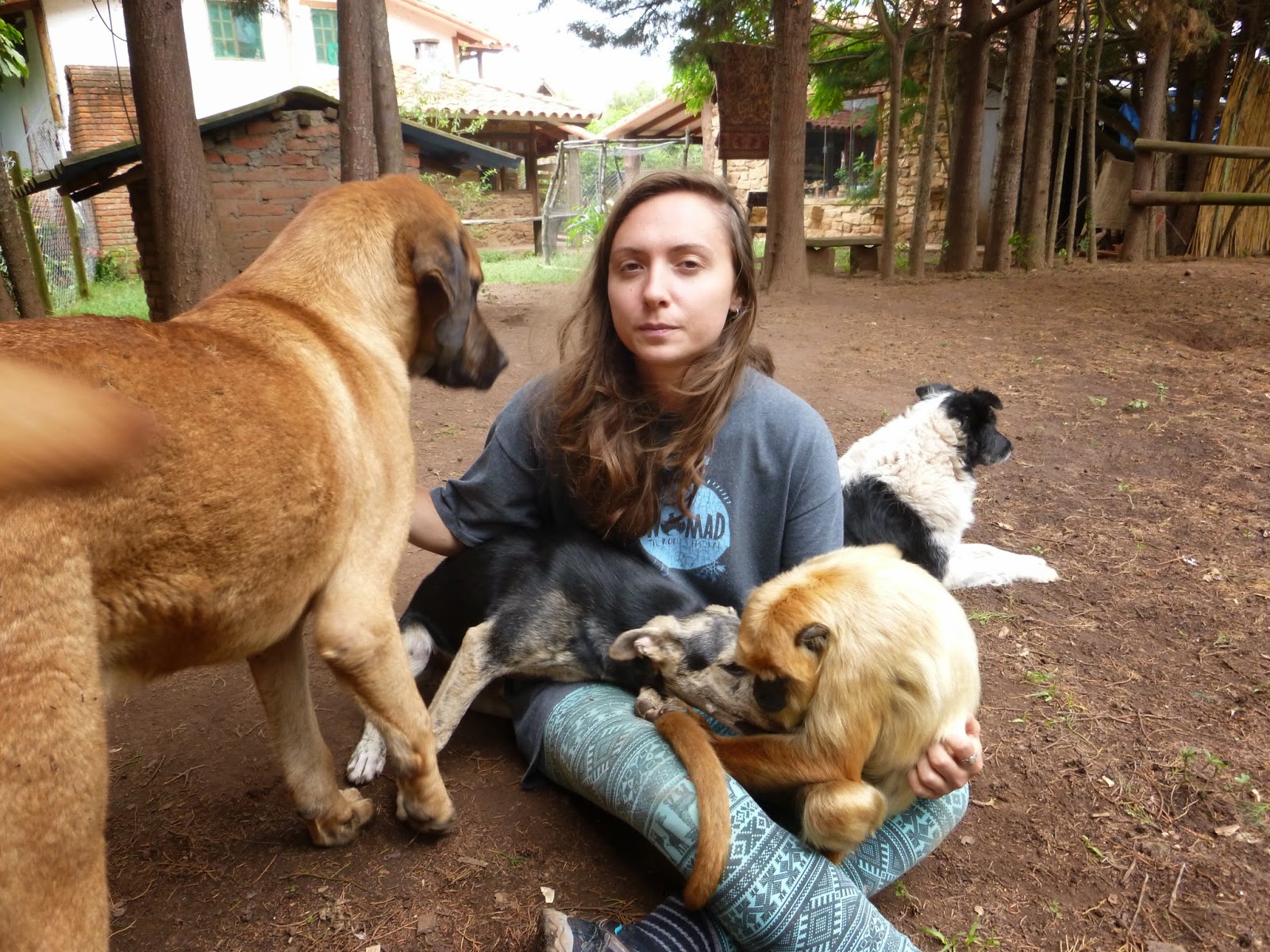 Entangled within conservation are some heavy social and economic problems. For example if clearing a habitat or hunting a species will provide food for a hungry family, then there’s more to it than just education. But for those who buy exotic and sometimes endangered animals such as monkeys or pumas and keep them as pets in their homes, which was the case for the rescues in the zoo in Samaipata, Bolivia and for the pumas at a rescue centre in Rurrenabaque, Bolivia, then hopefully education may prevent these tragedies recurring.

After digging around in archives and seven years of research, the author of Animal Madness, Laurel Braitman, said in a TED talk: “I no longer look at animals at the species level, I look at them as individuals, and I think about them as creatures with their own individual weather systems, grinding their behavior and informing how they respond to the world.”