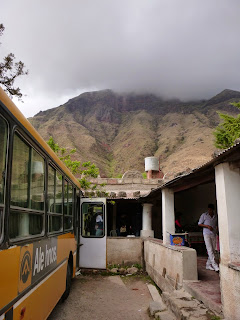 Earlier today we walked across the Argentine border into the color-laden streets of Villazón, Bolivia. Moments later we were aboard a twelve seater minivan, all the while the main attraction of the Bolivian children bemused by our collective mix of ginger hair, strange accents and odd clothes. The mountains accompanied us all the way to Tupiza. Before our discovery and exploration of Bolivia’s unimaginable wildlife begins, from flamingoes to pumas, already there is so much to write down and record on the mesmerizing nature we’ve already seen on our journey so far.

The mountains have been in our sights since we reached San Rafael, distant but always present, they stand in the background like snowcapped giants. And as we moved North they became more in our grasp, the Andes magnetism increasing with each mile.

Nature feels robust here, the grass is thick under bare feet and bulbous green tree tops scatter themselves amongst the dry earth in streets of towns and tracks of countryside alike. A tribe of goats we stumbled into in Cachi, North West Argentina, devoured cacti as they moved through baron fields, not perturbed by the spikes piercing their mouths. We’ve encountered wasps three times the size known to us, black armoured plated flying beetles with the disillusional sound of an approaching helicopter, and a moth displaying a wingspan larger than my outstretched hand, drawn to our light at dusk. Through one evolutionary talent to another, life earns it living here.On the farm we were awoken each morning by the chorus of birds singing outside our room and the steady rise of the sun through our window. However this cosy view of the farming life was promptly challenged by an encounter with a fatally venomous arachnid, the black widow spider. With its signature red spots it sat inconspicuously atop a log amongst our pile. With a glance away, it was gone. Having been told just the previous day of its ability to kill a child, the frail and the old with one bite we soon backed off and left that area be.

As the days went on nature unrolled around us until it crescendoed for a few days into a vibrant calamity of action. Two Andean Condors appeared one morning to investigate our work, whilst we peered transfixed through binoculars they stood tall on their post, turned to us and spread their wings in a hypnotising territorial display. On a walk through long grass in the farm I disturbed two mating Long Tailed Tyrants, a bird species common throughout the continent, which in response spiraled into the sky, tails intertwined, like a fire cracker on a starry night.

We witnessed the cruel reality of nature too. Four kits (baby rabbits) were born, and within hours one had been killed by its mother. Apparently, this is common in many species when mothers can provide only for less than they have. A few mornings after I opened the gate to find two ‘Sparrow like’ chicks strewn across the porch after a gaily night, their nest a dizzying 3-4 metres above tucked in between the wooden roof panels, the larger one dead the smaller one alive. After battling over what hand in nature we should play we placed it back in its nest. Since, we saw three chicks chirping and their parents feeding naturally. Its been thrilling and refreshing to feel so close to nature, to see life’s patterns at work unravelling around you, its tragedies hard hitting weaving alongside its beauty, it reflects life perfectly.

Nature and its fight for survival seems to take many beautiful forms here. Cacti sprawl across the hillsides in an almost army regality. The birds in their colourful variety have robust determination, true of birds across the world they seem to be truly living. And as this unfolds we absorb the fascination, amusement and wisdom that comes from watching natures turbulent displays. 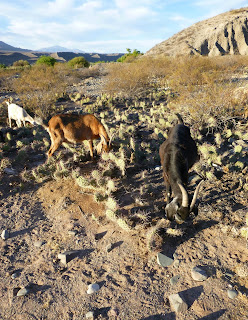 We moved north through Argentina, edging closer to the border, and as we did so purple trees of piercing colour stood tall above the buildings and showered the towns in blossom. The further we edged the closer the Andes became, they were in our sight and in our reach. Until, we stood just kilometres away. Here they let their grand superiority wash over us, no words of persuasion or domination needed from them, their silent stance centuries upon centuries long saying much more of their power.

Through the weeks of seeing this enchanting spirit in everything from the wasps to the mountains our sense of awe is growing and expanding. As is our desire to be more amongst it, to be living within it, to be working to preserve it. As we edge closer to the basin of the Amazon and the jungle approaches, the numbers of endangered species increase. And with this I believe are the opportunities that we’ve been looking for.